LISTEN TO THE Event Guests and Keynote Speakers

State Secretary of Ministry of the Economy, Entrepreneurship and Crafts and President of the Innovation Council for Industry of the Republic of Croatia, Mr. Mario Antonić

State Secretary at the Ministry of Economy, Entrepreneurship and Crafts, Zagreb, Croatia

2004 – 2016 Entrepreneur, partner and investor in several private companies in Croatia and Slovenia

2001 – 2004 Sales manager in IT companies, Maribor and Ljubljana, Slovenia

Minister of Economy, Entrepreneurship and Crafts and Envoy of the Prime Minister of the Republic of Croatia

Minister of Economy, Entrepreneurship and Crafts and Envoy of the Prime Minister of the Republic of Croatia

He began his career in 1996 at HEP-Distribucija in Koprivnica, and 10 years later he became the Director of Elektra Čakovec. From 2008 to 2010 he served as director of the Directorate of Crafts and director of the Energy Directorate at the Ministry of Economy, Labor and Entrepreneurship. After that, he transitioned to the private sector and continued his career as a Member of the Management Board of Energy Plus d.o.o. from Ludbreg, and in 2016 he assumed the position of Minister of Economy, Entrepreneurship and Crafts. Before assuming the current position, he was elected as a representative in the Croatian Parliament in the parliamentary elections held in 2017. Minister Horvat graduated in 1996 in the field of power electronics from the Faculty of Electrical Engineering and Computer Science at the University of Maribor, and in 2006 he earned a Master of Science degree after having completed his postgraduate study at the Faculty of Electrical Engineering and Computing of the University of Zagreb. Being an engineer by profession, his main focus is the digitization of the economy, with particular emphasis on small and medium-sized enterprises. 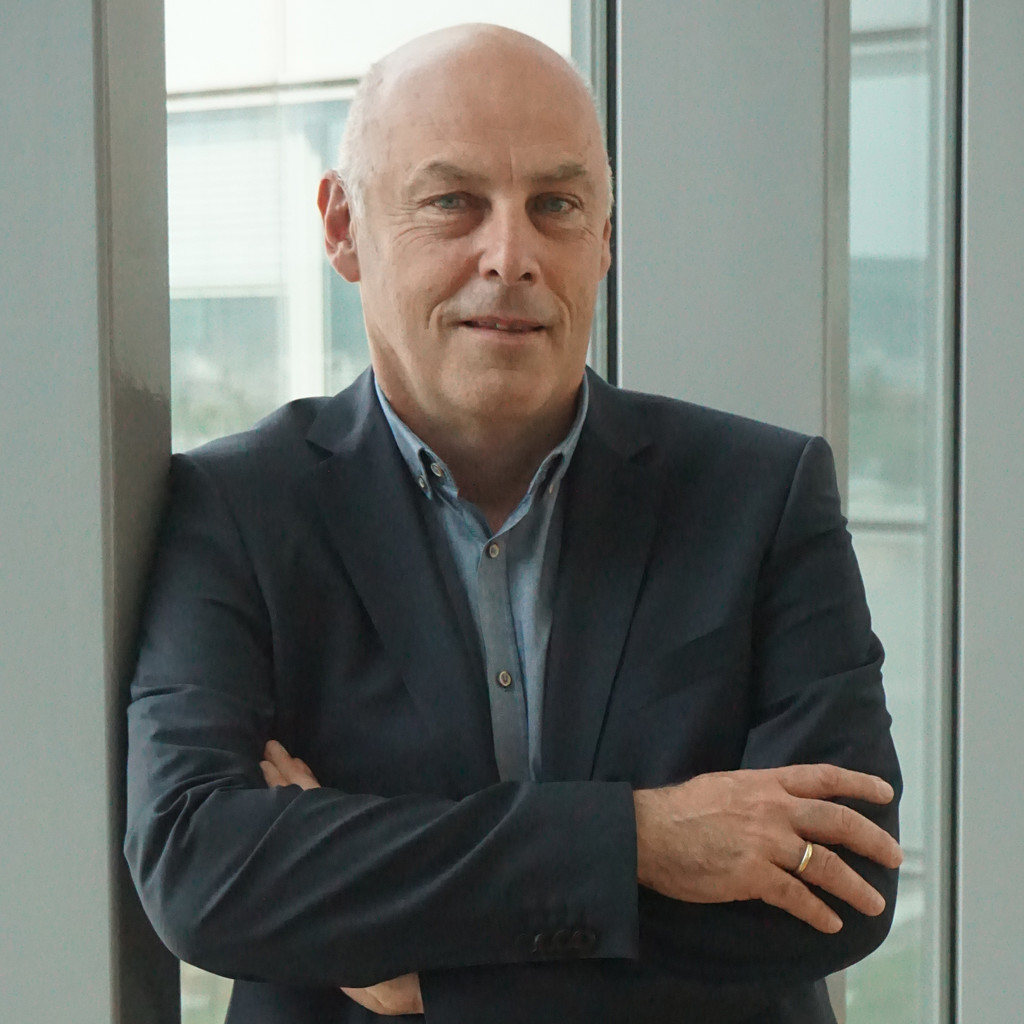 The Austrian Herbert Vitzthum can look back to a long time of experience in the world of IT and Industry. He helped to start and grow the internet in Austria. He later moved to California. He was then responsible for an important part of the worldwide internet infrastructure. Since 9 years he works at Siemens. 2016 he became responsible to support the Siemens organizations and customers in 19 Countries, in the division Process Industries and Drives, in the field of Digitalization. 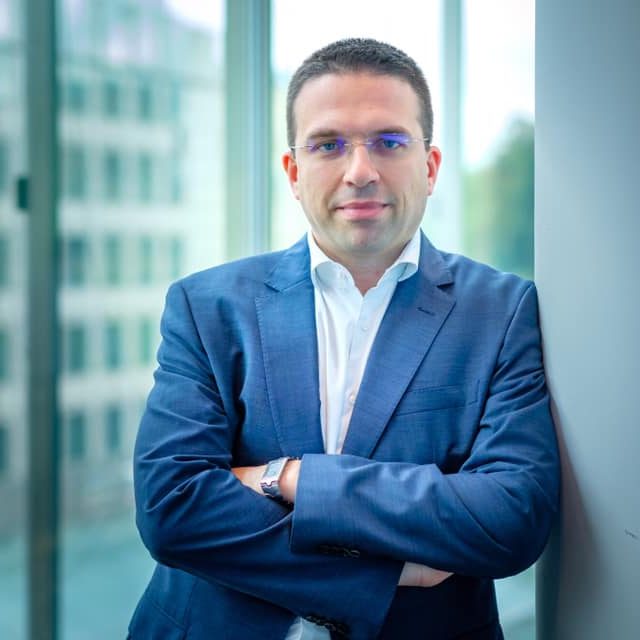 He worked as a law trainee in 2007 at the Porobija & Porobija Law Firm in Zagreb. Since the end of 2007 he has been employed at the Zagreb School of Economics and Management, first as an assistant and since 2011 as a lecturer. She teaches courses in Fundamentals of Law, Fundamentals of Commercial Law, Legal Business Environment and Introduction to the European Union. While still a student, he focused on EU law and participated in several seminars on the subject, and in 2006 he was a member of the Faculty of Law in Zagreb, which won second place in the European Law Moot Court Competition before the European Court of Justice in Luxembourg. He received his PhD from the Catholic University of Leuven Law School, which was named the 3rd best law school in continental Europe in 2014 by a distinguished QS ranking.

More info on the link.

Ambassador of the State of Israel to the Republic of Croatia 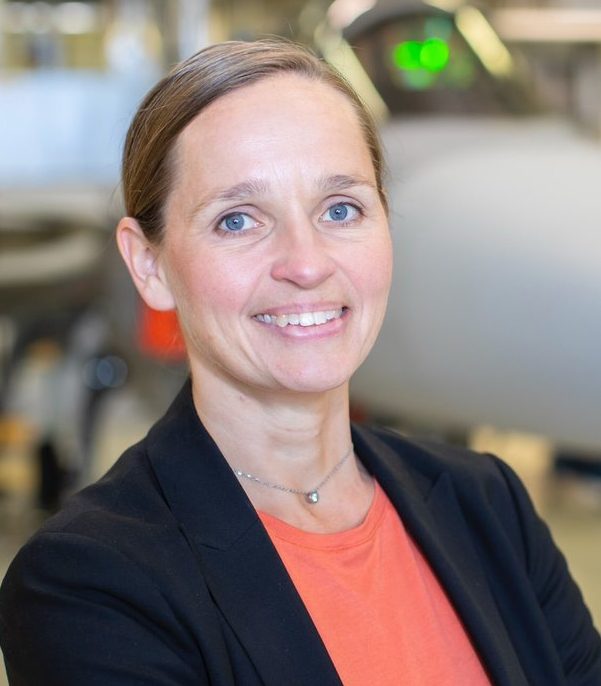 Ms. Lisa Åbom is one of the leading women of the Swedish defense company Saab. She is the Chief Technology Officer of Aviation. Mrs. Åbom joined Saab seven years ago to manage the Aerospace Engineering and Weapons Office project. She received her Ph.D. in material physics from the University of Linköping, where she earned a degree in Applied Physics and Electrical Engineering, but was not interested in pursuing an academic career. She also completed her Executive MBA at the Stockholm School of Economics.

President of the Croatian Chamber of Economy

President of the Croatian Chamber of Economy

After completing his postgraduate specialist study of economics and management at the Faculty of Economics in Osijek, he completed his doctoral studies at the same faculty. Before his election as President of the Croatian Chamber of Economy, he was the President of the Board of the Sladorana d. d.in Županja, before that he was the Deputy President of the Management Board, and from April 2004 to February 2006 he worked as an Assistant Minister in the Ministry of Agriculture, Forestry and Water Management. From 1996 to 2004 he was Deputy Mayor of the Municipality of Nijemci, and before that he was the owner and director of the Agrotehna company from Lipovac.

Nili Shalev, Director General of ISERD - The Israel-EU R&D Directorate at the Israel Innovation Authority, has more than 20 years of experience representing the Israeli Ministry of Economy and Industry in a wide range of executive positions.

Appointed to her present position in the summer of 2016, Mrs. Shalev is responsible for the implementation of the Israel-EU agreement on Research and Development, Horizon2020, creating support- infrastructure and initiating activities for promoting industrial and academic R&D cooperation between Israel and Europe through a variety of multilateral and binational platforms.

Since first joining the Ministry in 1995, Mrs. Shalev was the Director of the Government SEED Fund at the Office of the Chief Scientist, a multimillion dollar support program aimed at providing incentives for prospective investors in Israeli high-tech start-up companies. She also served as the Advisor to the Director General of the Ministry. From 2004 – 2008, she served as the Israeli Trade Commissioner in Australia and New Zealand. In 2010-2011 Ms. Shalev served as the Director of the International Projects and Financing Department managing several multimillion dollar funds in order to promote and finance Israeli industries. And prior to her recent appointment, from 2011-2016,  she served as the Economic Minister to North America of Ministry of Economy and Industry in NY, responsible for promoting trade and investment between North America and Israel.

From 2008-2010, Mrs. Shalev was employed in the private sector as Marketing Director for Miya, an Arison Group company that offers comprehensive water efficiency solutions for municipalities.

Prior to that, he was vice president, public affairs and communications for the Europe Group of Coca-Cola Enterprises, the largest bottler in the Coca-Cola system. He joined Coca-Cola from Janssen Pharmaceutical (the pharmaceutical branch of Johnson & Johnson) where he was director of European public affairs. From 1986-1991, Mr. Bammens was Deputy Chef de Cabinet of King Baudouin of Belgium.

Mr. Bammens is honorary member of the Executive Board of the Belgian Banking and Market Supervisory Authority, a former member of the Stakeholder Group of the European Securities and Market Authority (ESMA) and currently Vice-Chair of the Alternative Credit Council (ACC).

More on this link.

Minister of Science and Education

Minister of Science and Education
Blaženka Divjak, a tenured professor at the University of Zagreb (Faculty of Organization and Informatics), was appointed Minister of Education and Science of the Republic of Croatia in 2017. After earning her PhD in Mathematics in 1998, she served as Vice-Dean for Scientific Research and International Relations from 1999 to 2003 and then again from 2007 to 2010; and in 2014 she became a scientific adviser in the field of information science at the Faculty of Organization and Informatics of the University of Zagreb.

Dr. Dragan Primorac is a pediatrician forensic expert and geneticist. He is former Minister of Science, Education and Sports of The Republic of Croatia. He serves as adjunct professor at Eberly College of Science, The Pennsylvania State University, and Henry C. Lee College of Criminal Justice and Forensic Sciences, University of New Haven, in the United States and as professor at Medical Schools in Split and Osijek as well as at Department of Biotechnology, University of Rijeka, in Croatia. In October of 2016. he was appointed as a visiting professor at the College of Medicine and Forensics, Xi’an Jiaotong University, People’s Republic of China. In addition, he is a member of the International Consortium for Personalized Medicine Executive Committee (IC PerMEd) established by The European Commission.

Matija Kopić is the CEO of Gideon Brothers. He graduated in 2010 from the Faculty of Organisation and Informatics. In 2012 he built his first start-up, Farmeron, that raised over 5 million EUR in investment and became one of the most famous startups in Croatia. Matija is the recipient of several awards. He is a Seedcamp winner (2010) and 500 Startups class of 2011, with his former company, Farmeron. In 2012 he was honored by the President of Croatia with the Order of Danica Hrvatska for Innovation. In 2015 Google listed Matija in the Top 100 innovators from Central and Eastern Europe who are changing the world and improving people’s lives with ideas that scale up in the digital world. As CEO Matija is managing the overall operations of a company, he is responsible for business strategy, financing, creating and achieving short and long term objectives and recruitment.

Collaboration as a driver for innovation

Brainport is a major European high-tech region. The Brainport area includes south-east Brabant and is a focal hub in a network that extends across the south-eastern part of the Netherlands and into neighbouring countries. The region is characterised by a climate of open innovation where collaboration is seen as a primary success factor. Companies, knowledge institutes, research organisations and government bodies jointly participate in development here.

BOOST INNOVATION AND INVEST IN

The conference will match innovative Croatian companies which are interested in finding investors or partners for the development of their innovative projects, products and services with investors seeking for opportunities to invest in Croatia.

All Project Ideas and Registration for B2B meetings

All participants registration for the conference.

Mr. Mario Antonić, State Secretary of Ministry of the Economy, Entrepreneurship and Crafts and President of the Innovation Council for Industry of the Republic of Croatia

Mr. Darko Horvat, Minister of Economy, Entrepreneurship and Crafts and Envoy of the Prime Minister of the Republic of Croatia

H. E. Mr. Ilan Mor, Ambassador of the State of Israel to the Republic of Croatia

’The role of Government in advancing innovation’’

"Innovation in Personalized Medicine and the Future Perspective"

"Innovation, Growth and Technology: How to Stay Relevant in the Future?"
Perspective from Swedish Defence Industry

"Building Croatian Robots for the World"

Presentation of the innovative project ideas to potential investors.

Croatian companies present their innovative projects to the potential investors by taking part in B2B meetings.

EVENT OUTCOMES Why you should Join Event

Potential investors participating at the Conference will have the opportunity to invest in the most promising and innovative Croatian projects from various areas of interest, such as energy and sustainable environment, security, transport and mobility, food and bioeconomy, health and life quality and other areas.

Croatian companies will have an opportunity to present their innovative projects through pitching or taking part in B2B meetings.

The Conference will also host eminent international keynote speakers in the field of innovation and entrepreneurship.

Save the date and join us!

Participating at the conference will get you the opportunity to meet potential investors, pitch your project ideas or to attend one on one B2B meetings.

At one place you'll have the opportunity to hear about innovative project ideas created in small, medium and large Croatian companies.

REACH US Get Direction to the Event Hall

Venue
How to get there
Venue

How to get there